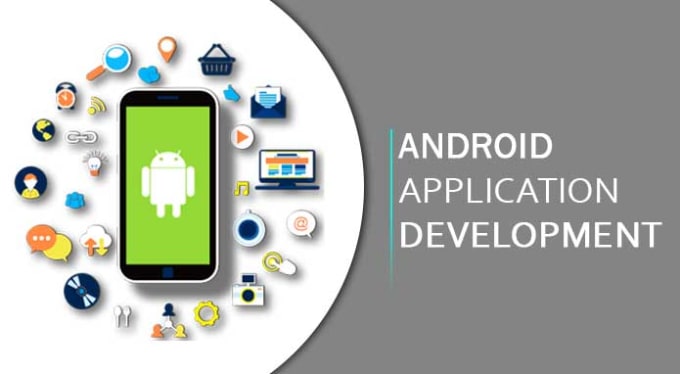 What is native app development?

Unlike websites and web applications, native mobile apps don’t run in the browser. You need to download them from platform-specific app stores such as Apple’s App Store and Google Play. After installation, you can access each app by tapping its respective icon on the screen of your device.

Native app development requires different skills and technologies than mobile website development. You don’t have to worry about browser behavior and compatibility. You can use the native features of mobile OSs to deliver the user experience and implement the functionalities of your app.

Difference between a native mobile app and a hybrid app

Mobile apps have two types: native and hybrid apps. At first glance, both have similar features and design but the underlying technology is different. As the name suggests, hybrid apps are a combination of web apps and native mobile apps. You can build them using web technologies: HTML, CSS, and JavaScript. You can also upload them to app stores and users can install them as native Android or iOS applications.

The main advantages of hybrid apps are portability and the simplicity of development. You only have to write the code once and your hybrid app will run on different operating systems. You can use hybrid frameworks like Ionic and Apache Cordova to create cross-platform hybrid applications. By contrast, native mobile apps have to be written in platform-specific languages such as Java, Swift, or Objective-C.

Native mobile apps can access the built-in features of smartphones such as the camera and microphone by default. If you have a hybrid app you need to rely on plugins like Cordova plugins to use the native capabilities of the user’s device.

Hybrid apps also depend on WebViews to render their user interfaces. WebViews are in-app browsers that allow mobile applications to access and display web content. This is how Android and iOS devices are able to run hybrid apps built with HTML, CSS, and JavaScript as native mobile applications.

What are the benefits of native mobile app development?

Although hybrid apps are easier and cheaper to develop, native mobile apps have many benefits, too.

Native mobile apps directly interact with native APIs without depending on middleware such as plugins and WebViews. As there are fewer dependencies, native mobile apps are faster and more responsive than hybrid apps. This is especially important for performance-centric apps like games and graphic-heavy applications.

As native mobile apps are developed using native SDKs (software development kits), their UIs look consistent with their platform. This ensures a better user experience, as there are no discrepancies between the OS and app design.

Native mobile apps can immediately access the latest iOS or Android features. As web technologies can’t directly use native APIs, hybrid apps have to wait until there’s a plugin that supports the new feature.

Because of their architecture, native mobile apps comply better with app store guidelines. In 2017, Apple restricted its submission guidelines. Since then, they have begun to reject apps that rely too much on WebViews, such as Ionic View that allowed developers to test their Ionic applications. As it’s likely that app stores will continue cracking down on hybrid apps, native mobile apps are also a more future-proof investment.

You can develop native Android apps in Java, Kotlin, and C++ programming languages. Google provides you with advanced Android development tools, such as:

Besides Google’s in-house tools, there are also many third-party solutions you can use for Android development. You can create Android apps both on PCs and Macs. When your native Android app is ready, you need to submit it to the Google Play app store where users can download (or buy) it.

You can create native iOS apps in Objective-C or Swift. Unlike Android, the iOS operating system has closed source code, created exclusively for Apple’s hardware. So, you need a Mac device to develop native mobile apps for the iOS platform.

Apple has many excellent tools and resources you can use for iOS development, such as:

iOS also has a remarkable third-party ecosystem with well-known developer tools such as AppCode and CodeRunner. App Store’s review guidelines are quite strict. They can reject your iOS app for numerous reasons from poor performance to security issues to the lack of valuable content.

Although native app development has multiple advantages, it’s not a simple process. Many companies lack the skills and resources to build native mobile apps from the ground up. Native app frameworks allowing cross-platform development appeared as a response to this problem. They are different from hybrid frameworks like Ionic or Cordova, as they don’t use WebViews for UI rendering.

Instead, native app development frameworks allow you to build native components using popular web technologies that they compile to native mobile code. For instance, you can create React Native apps with React.js.

How do you monitor native apps for problems?

Whether you create native apps from scratch or use native frameworks like Tabris, end-user monitoring is essential for good user experience. Cutting-edge diagnostic tools have dedicated solutions for each native platform. For example, Raygun Error Monitoring has both Android and iOS error monitoring toolkits. You only need to add a small library to your app and you get notified about every problem your users encounter.

You can also follow a couple of app monitoring tips to ensure you know about everything that happens to your app, such as: